Exhibition Theme
Mohamed Amin built his career in photo-journalism based, in part, on using his cameras to give voice to people living under the marginalized conditions of war, poverty, natural disaster and political crisis. His images continue to inspire constructive change for readers and audiences worldwide.

Background on Exhibition
Some images from the Amin collection premiered during May, 2018 at the Charles Allis Museum in Milwaukee, Wisconsin.
The show is part of a larger project entitled “Giving Voice”, a title which perfectly describes the work of Mohamed Amin, and includes a permanent gallery, publications, and educational curricula using this unique content.

The turmoil of Africa’s emergence into the 20th century has longbeen the focus of the critical eye of the Western World. Fromexploration to exploitation; from fear and famine to fame andfortune; from war-torn horror to wildlife wonder; it has all been exposed to the relentless gaze of the international press.

No one has caught its pain and passion more incisively thanMohamed Amin, photographer and frontline cameraman extraordinaire. He was the most famous photo-journalist in theworld, making the news as often as he covered it. ‘Mo’ trained his unwavering lens on every aspect of African life, never shying from the tragedy, never failingto exult in the success.

He was born into an Africa at the high noon of colonial decline, and by his early teens wasalready documenting events, which were soon to dominate world news. He witnessed andrecorded the alternating currents of his beloved continent and beyond, projecting thoseimages across the world, sometimes shocking, sometimes delighting millions of televisionviewers and newspaper readers. Through the gaze of his camera lens, he showed the worldwhat some were afraid to see and what most people wished they could ignore.

His coverage of the 1984 Ethiopian famine proved so compelling that it inspired a collectiveglobal conscience and became the catalyst for the greatest-ever act of giving.Unquestionably, it also saved the lives of millions of men, women and children. He served as both the inspiration and as a catalyst for Band Aid, USA for Africa and Live Aid.

Born in Nairobi, Kenya on 28 August 1943, the second son of a poor railway worker, Mo wassoon faced with racism, an inevitable product of colonialism. He never forgot those under dog years and fought against prejudice the rest of his life.

From the time he acquired his first camera, a second-hand Box Brownie, Mo’s future wasdetermined. Quickly he learned photographic and darkroom skills and was already applyingthem to commercial use when he went to secondary school in the then Tanganyika. Before hewas 20 he was a recognized force as a freelance in Dar es Salaam and his work appeared in allthe Fleet Street national newspapers.

In a career spanning more that 30 years, ‘Mo’ was our eyes on the frontline in every situationand his honest unwavering approach to photojournalism earned him the unconditional respectof both friends and enemies alike. Mo covered every major event in Africa and beyond, braving 28 days of torture, surviving bombs and bullets, even the loss of his left arm in anammunition dump explosion, to emerge as the most decorated news cameraman of all time.

Mo’s remarkable life was cut tragically short inNovember 1996 when hijackers took over an Ethiopian airliner forcing it to crash land in the Indian Ocean killing 123 passengers and crew. Mo died on his feet still negotiating with the terrorists.

By any standards, Mo’s life was truly extraordinary; action-packed, full of pain and passion and inseparable from the troubled chronicle of emergent Africa.

Born in Kenya in 1943, Mohamed Amin spent much of his historic career working on the African continent. He also did significant photographic work in the Middle East and South Asia including Saudi Arabia, Pakistan and Afghanistan. While building Camerapix into an internationally renowned company, Amin also built an archive of close to 3 million still photos and thousands of hours of motion picture photography. Most notably, Amin was heralded for his groundbreaking work on the Ethiopian famine during 1984-85 that inspired both Live Aid and We Are The World. Mo Amin perished in a terrorist plane hijacking off the Comoros Islands in 1996. Mo’s son, Salim Amin, continues to run Camerapix. The company is now in its 55th year as one of Africa’s foremost production companies.

The goal is to use the exhibition to give voice to stories that are not often told, to highlight the lives of people of color living throughout the global south, and to share the profound beauty and hope found in communities across East Africa. Using approximately 100 images, the work of Mohamed Amin weaves a seamless and nearly continuous story that covers East Africa for more than half a century.

Send me an email to know more about the project 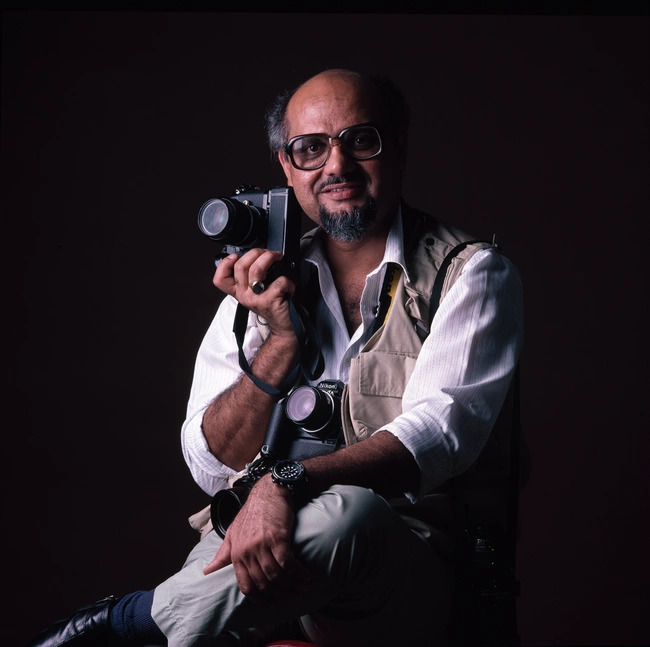 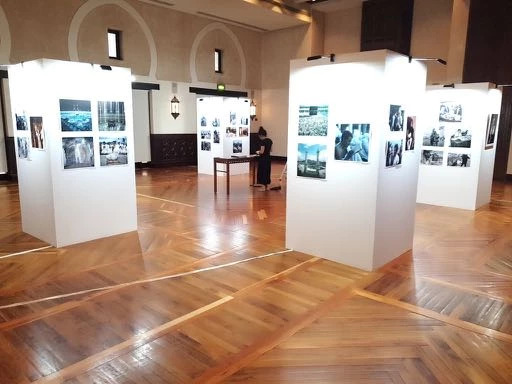